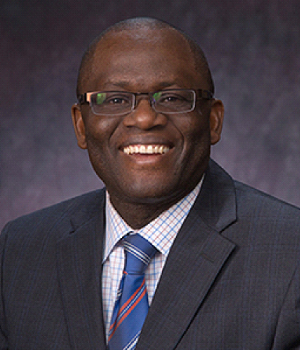 About the Director & the Founder of Kongo Academy

Adrien N. Ngudiankama, MPhil., Ph.D. is originally from the Democratic Republic of Congo. He has a Philosophia Masters in Systematic Theology from Kingâs College and a Ph.D. in Health Education and Health Promotion from the Institute of Education, London University. He did his post-doctoral research in anthropology at the University of Kansas and in the sociology of religion at Princeton University.

His Philosophia Mastersâ thesis was on âRelationality of Human Life: a comparative study of Lutherâs Theological Anthropology and John Samuel Mbitiâs Account of the Traditional African Interpretation of humanityâ and his Ph.D. thesis was on âConcepts of health and therapeutic options among Congolese refugees in London.

His interest in anthropology was shaped by his friendship with the legendary British anthropologist Professor Mary Douglas, who introduced him to her work and the works of Foucault, Bourdieu, Ricoeur, Giddens, and Evans Pritchard, in a privileged fashion.

Ngudiankama also had contact with V. Y. Mudimbe, who, like Douglas, recommended him to engage with the work of two Kongo scholar icons: Wyatt MacGaffey and John Janzen. As President of the African and Caribbean Student Association at the Institute of Education, University of London, Dr. Ngudiankama was privileged to invite Professor Mary Douglas and V. Y. Mudimbe to speak.

Douglas introduced him to the politics and ethics of ethnography as he worked on his doctoral thesis, "Concepts of Health among Congolese Refugees in London: Implications for Education", with African immigrants in London, Paris, and Brussels.

In addition, he benefited from many scholars' clairvoyance, including the late Belgian anthropologist Rene Devisch who spent years working with the Yaka people in DR Congo. Both discussed research methods, objectivity and subjectivity in research, as well as some great theories on the work of Jacques Lacan and Paul Ricoeur. As he recalls, they discussed Kongo cultures in Kikongo and Kiyaka during one of their sessions.

As well as his Kongo cultural theories and analyses, Professor Janzen's Peoples of Africa course at the University of Kansas has greatly enhanced Ngudiankama's anthropological and professional practices.

His research interests include Kongo Cultures, Religions in Africa and the Diaspora, Health Promotion, Peace and Conflict Resolution in Sub-Saharan Africa, and African immigrant contexts. Along with ethnographic research conducted in Angola, DR Congo, and among African refugees in London, Paris, and Brussels, he has also conducted ethnographic studies among African and Haitian immigrants in the Washington metropolitan area.

Two forthcoming books feature his contributions: "Kongo Socio-cultural Movements: 100 Years After Simon Kimbangu's Arrest" and " Kongo Anthropological Twins: Engaging with Janzen and MacGaffey's Scholarship". Currently, he is researching the Tokoist church, conflicts within the Kimbanguist church, and churches' roles in health promotion and development in Angola and the DR Congo.

Ngudiankama is very active in the community. He was a Faith-Based Project Manager and a Mission Delivery Manager at the American Cancer Society. His role was to coordinate the work of Faith Based Organizations and different health systems in cancer prevention. He organized conferences and symposiums involving patients, doctors, pastors, and other cancer prevention stakeholders. Among the hospitals he worked with were Howard University Hospital, Providence Hospital, and Holy Cross Hospital. He trained trainers in health promotion and assisted faith-based communities in establishing health ministries. For the American Cancer Society and other health promotion organizations, he has recruited over sixty volunteers.

Currently, he is employed by a non-profit organization in Maryland as a health promoter strategist focusing on breast cancer and Covid-19 prevention among ethnic minorities, particularly people of African descent.

Dr. Ngudiankama is also the founder of the French Speaking African Christians Forum, devoted to peace and conflict resolution. As Liaison Officer of the Church of Christ in North America, he has established relationships with US academic and Christian organizations as well as Congolese Nobel Peace Prize Laureate Dr. Denis Mukwege.

As a Baptist minister, he was ordained by the Baptist Association of Great Britain and the London Baptist Association. He has served as a pastor among French-speaking African immigrants in Baltimore and Silver Spring, MD, and as a Baptist chaplain at American University in Washington, DC. His connections in the Washington metropolitan area include faith-based communities.

Through him, numerous American businessmen, academics, and scholars have connected with government officials, churches, and universities in Angola and the DR Congo.

Ngudiankama speaks English, French, Lingala and Kikongo and has traveled to Brazil for mission and academic purposes.