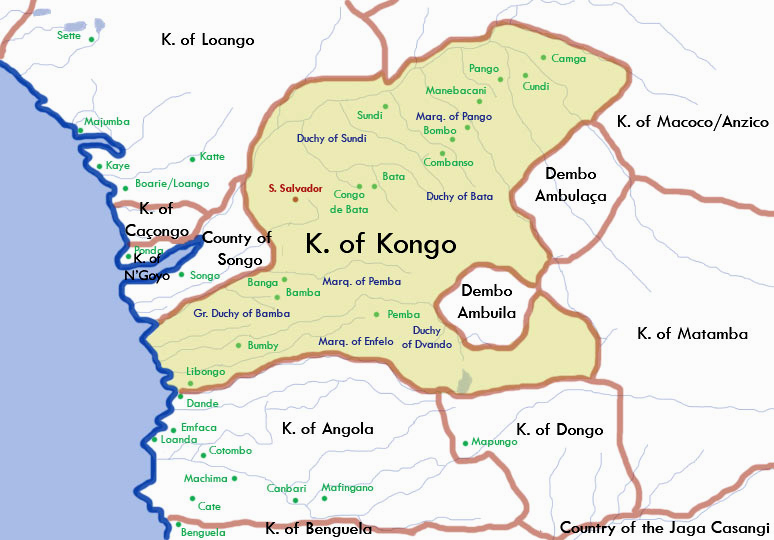 "The kingdom of Kongo is one of the most studied African ancient kingdoms. It has entered into contact with the Western world in 1482 when the Portuguese explorer, Diego-Cao, met the Kongo king, Nzinga-Kuvu, in Mbanza-Kongo, which was the kingdom's capital. It is one of the major kingdoms whose people were taken in slavery to the New World. The Kongo presence in the Americas is distinctively noticeable.

Regarding the top African regions that supplied slaves to the Americas, Daniel Homorodean wrote that:

Historical or cultural sites of the Kongo people presence in the US can be identified in places such as Louisiana (Congo square) and South Carolina (the history of the Stono-Rebellion).

As far back as the 19th century, many Kongo people, mainly from the current DRC, came to the US either as students or to promote American missionaries' causes (Blyden, 139). To illustrate, Shaw University in Raleigh, N.C, is where Stephen Mvemba, the first Congolese to ever graduate in the US in 1894 studied.

Among those who briefly visited the US, long before the end of the first half of the last century,were Mfumu Lutunu (1872-1954). In New York, Mfumu Lutunu and his friends, were informed of African Americans who spoke Kikongo. Their meeting was unfortunately not allowed by the missionaries who brought them to the US to serve their cause.

Brazil, Panama, Guadeloupe, Haiti, Cuba, and many other countries are some of the places where people still keep some Kongo names and cultures.

Kongo cultural movements include the Kimbanguism, the Tokoism, the Matsouanism, the Abako, the Ngunzism, Mpadism and the Bundu Dia Kongo that are among the well-studied social dynamics in the history of African studies.

Stanley Baobab (Boma), Catete, Ntaya, and the Congolese district in Luanda are some of the historical sites related to Kongo history.